Review Us »Get In Touch »Member Area » 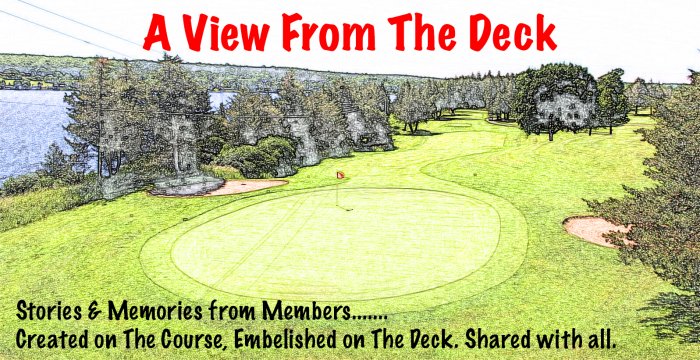 Do you have a story to share?
An interesting bit of history about the Club, a great moment in golf, a Hole-In-One or other achievement or an especially memorable round, be it heartbreaking or hilarious?

We would love to hear from you and share your memories with other members. Please click here to contact me now or send your stories to: memberexp@pictongolf.ca. See you on the Deck! ~ Rusty

A Tribute to Steve Ward

Landscape Architect/Golf Course Designer Steven Ward Passes Away December 31, 2019Â Scott MacLeod One of Picton, Ontarioâs most-respected community members has passed away. Steven Ward, 69, the long-time principal of GolfPlan Limited and formerly, GolfPlan Associates, died unexpectedly at his winter home in Florida. After creating a company that planned and designed golf courses and resorts around the world (he once joked that he had worked on every continent except Antarctica), Ward turned his attention towards home in the last two decades. In that
full story
History of the Old 9 March is a month full of hope! Hope that the snow currently on the ground will soon disappear and that the new snow in the forecast will not amount to much, hope that we will be on the golf course in less than 50 more sleeps and hope, along with the greatest of expectations coupled with a dash of realism, that this is the year that it all comes together! I look forward to seeing everyone back on the course, on the deck or in the lounge, and to sharing our successes, gaffs and outright epic fails as we enjoy our 2019 golf season at The Club! Last year we launched âA View From The Deckâ
full story
Rusty's Invitation Â  in 2017, I was honoured to be asked to be the Men's Games Captain at the Club.Â I do not use the word honour lightly. As some of you know, I have been playing at Picton Golf & Country Club for the better part of 50 years, starting off as a Junior Member, being dropped off every day of my summer vacation in the County at 8:00 am, playing the course, 9 hole loops at the time, almost always 4 times a day, and sometimes, as I waited to be picked up, and if I could sneak it in, a final inside 3. (what is now holes 1-17-18).Â Â Back in those days, you merely walked left off the first
full story
Other News
There are no additional articles at this time.